What is your native language?

At present there are between 5000 and 7000 languages and several hundreds of them die out every year. When a language disappears, this process is irreversible. Even the most powerful super or quantum computers will never be able to recreate a human language once it has disappeared.

Most people, unfortunately, are absolutely unaware of this. That is why it is a good idea to discuss languages in general and our mother tongue in particular. Our forum has been online now since March 2003 and this whole long time we have communicated almost exclusively in English. Let’s start today to talk about other languages in English. What languages besides English do you know or speak? What is your mother tongue?

As for me, my native language is German and since I was born and raised in an area called “Erzgebirge” (Ore Mountains) you can still hear my origins when I speak. German has a lot of rather strong dialects. Some of them even have their own written form. The dialect, some of which is still spoken by older generations in the Ore Mountains, is so different from High German that even native German speakers who grew up outside the region cannot understand it.

Hi Torsten,
You raise important issues and I take your point in talking about languages other than English. But I would like to raise another point and I’m afraid it’s going to be about English. Now I can sing the praises ad nauseam about my own language but I’ll curb my tongue by respecting your comments. I’ll get to my point in a minute but I have to admit that I like the English language because you can let rip with it, you can break all the fuddy-duddy ‘rules’ that boring grammarians created, you can turn it upside down and still make sense of it, you can even murder it but the corpse comes happily back to life. And this is where I come to the point - it has the chameleon like quality, which is why you can talk of American English, Australian English, Spanish English, French English, Chinese English, Indian English and so on and so on. Now I’ll shut up and let others talk about their own native languages.

I’m a native English speaker. (American Midwest with a bit of Appalachia thrown in.)

Dying languages and cultures bother me. Different languages, cultures and history make the world interesting. It’s one of the main reasons people like to travel.

Here in the Americas there are over a thousand spoken languages, most of which are dying out. The largest number of native speakers are in South America. Navajo is the most spoken native language north of the US-Mexican border, with close to 200,00 speakers.

I went to college in a place with a lot of Navajo speakers. It’s an interesting language to listen to. The natives in the Americas separated from Eurasia so long ago, that they have a very distinct language. What stood out to me was the slow speech, and distinct syllables. They did not run their words and syllable together like us English speakers.

Here are a couple of videos on the language. In this first video, notice the change in cadence when he switches between English and Navajo. 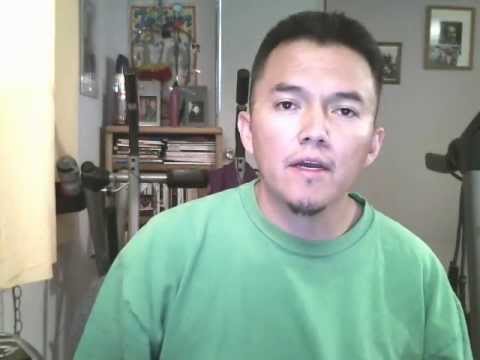 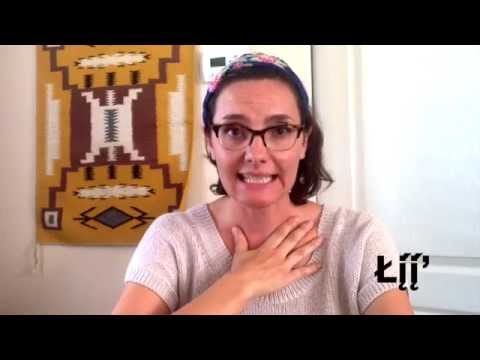 There are dying languages, but there are also new languages being created. Louisiana Creole is an example. It’s a mix of French, Spanish, English, Native American, and Native African languages. It became a distinct language, but now it’s dying out also.

My native language is Russian and since childhood I have been learning English. A few years ago I lived in the United States for three months and since then I regularly read books in English. Also, since 2016 I live in Germany and since then, of course, I learn German. I would like to know what languages the other forum members have as their mother tongue. How many languages are represented in our community in total?

Hello,
My native language is Hindi.

My native language is Russian. I was born in Ukraine and I live in Moldova. So my mother was Russian, my father is Ukrainian and I am Moldavian. In my family we speak Russian that is strange for real Moldavian families. Historical in Moldova as a part of Soviet Union Russian was in common use. Now in European direction of political development Romanian is the first. In the school and university I couldn’t learn Romanian or Moldavian but only in the Romanian courses for foreign students I moved.
On city day mayor of Chisinau visited our group of students and said: “of course if you will study Romanian you will learn Moldavian easy!”.
My confused story is about historical changes in minds most of them with conflicts and battle. In peaceful conditions langages live long.

My native language is Russian, though I was born in Ukraine. I’m 17 right now, and I am entering the university this year. I’ve been trying very hard to prepare myself for passing TOEFL, and I’m glad I’ve managed to do it. Considering my plans to study overseas in Poland, it’s obvious I am learning Polish as well.

I’ve tried to learn French some time ago, but I realized, that this language is extremely harsh to study on your own. So, I switched it to Spanish. Spanish is much more easier and it’s more widespread, so I think it was a good choice.

My native tongue is Venetian, an unofficial language which is spoken in Veneto, a region of Italy. What separates this language from Italian is the fact that it has never been standardised, and that it’s a language that’s been uninterruptedly spoken from time immemorial, unlike Italian and every other culture language.

Like many other unofficial languages in Italy (e.g. Neapolitan, Lombard, etc.), it has a century-old, renowned literary history. Some of the most important authors in the Italian literature are, for instance, Ruzante and Carlo Goldoni, who were Venetian and wrote plays in Venetian. However, there are several other minor authors who, even though they didn’t make it to our textbooks, are nonetheless just as good and interesting to read: off the top of my head, I’ll mention Berto Barbarani, who hailed from my city, Verona.

Given its status of spoken-only language (social media usage of written Venetian seems to me to be irrelevant for the purpose of its survival), it is doomed to die out in the future if no action is taken to protect it as a regional, minority language. As of now, we’re not allowed to have it taught in schools, and I’m witnessing the fact that almost no parents choose to pass it on to their children.

My native language is marathi and hindi, and official language which is spoken en India is English is the language of global communication in the diverse domains like government services, science, media, craftsmanship and academics. It is important to speak in English fluently for your personal and professional growth.

I am from India. My country is a union of 28 States and eight Union Territories. One of the States is Kerala which lies on the western coast of the Indian peninsula. I live in Trivandrum, the capital of Kerala which is also known as God’s Own Country!

There are 22 official languages in India. One of them is Malayalam, which is my mother tongue. It is being spoken by about 40 million people both within and outside Kerala. The Malayalam language, which is also related to Sanskrit, is reported to have had its origin in 830 CE.

The alphabet of Malayalam comprises 51 letters of which 15 are vowels and 36 are consonants. Though a systematised alphabet had emerged in the early 13th century and some changes had been made in the subsequent centuries, only towards the middle of the 19th century could the Malayalam alphabet attain its current form which is being widely used now. Unlike English, the Malayalam language is perfectly phonetic.

Malayalam literature has a wide variety of well-known works written by renowned authors in the genres of poetry, novels, novelettes, short stories, travelogues, autobiographies, biographies etc many of which have been translated into different world languages.

Hi to all, I’m from Congo Kinshasa in DRC where they have four official languages, that are Lingala my second native language, Kinkongo, Shuhali, and tshiluba, Our Second language is french. But our country has several dialects that you can discover my first native language is “kimongo” under Bangala tribute you can find that tribute “Mongo” is where my a rising dialect is. Take please an example of greeting someone in distance: "Oaleo? " means “Hi!” in English, And "Oone la we? " means Yes and you? in English. Thanks.n

My native language is Spanish. I live and born in Colombia, so is very interesting the variety of accents and dialects in each Colombian region.
I would like to learn German, by the way, my daughters study in a German School in Colombia, so they learn both languages.

Hi Ronnie, welcome to our forum and many thanks for sharing your language situation with us. Your English is obviously very good. How often do you use English in everyday life? As for learning German, I can help with that if you like. Maybe you can ask your daughters how they have been learning German and we can incorporate some their techniques into our learning process too. Es un placer tenerte a bordo. Espero volver a tener noticias tuyas pronto.

Hi, everyone!
I’m from Brazil, my parents are from here too as all my family, so we speak Portuguese.
I’m the only one who is interested in olher languages. I’ve been studying English for two years, but I always liked it because of the songs.
I studyied Spanish in a course and France at school, but it doesn’t happen anymore. Nowadays, we have just English at public school and English and Spanish at private schoools (some of them), but children think that is necessary bring all words to Portuguese. They don’t think as world citizens.

Hi, I’m the new guy here. My native language is Spanish, and I’m a teacher of this beautiful English language. My students are right now doing some activities, they don’t seem to have any doubts, but sometimes I do, so I hope this could be a great opportunity to mend my mistakes. Thanks in advance.

Hola Eibol, bienvenido a nuestro foro y muchas gracias por compartir tus experiencias con nosotros. Please tell us more about you and your students. What kind of activities are they doing and why are they learning English?

Hi, it’s nice to have someone who concerns about this kind of issue. My native languages are Indonesia and Javanese , I was born and raised here using both laguanges. Well, here in my country, Indonesia, we have Bahasa Indonesia as a national language, but beside that, we also have around 718 regional languages, yahh it’s a huge number for a single country, but believe me, it’s real.

Hi there again. Sorry for my delay in answering, been a bit busy since then, my students are now preparing their final exams, with a lot of excitement and worrying.
I teach them English especially aimed at administrative management. The problem is that most of them are coming with a very low level of English, they have never been in contact with the language, so I have to start from the basics. Sometimes it becomes too difficult for them to adapt to a foreign language. But I won’t give up, neither will they.
And certainly I’ll find doubts on my way to teach them, and I hope this forum will help me lighten my way nicely.
Thanks.

Interesting. I can say hello or some other type of greeting in about 17 languages, I speak English first, then French and parlo poco Italiano