Happy Easter all of you.

Does this also go for:

This is really difficult to explain. The tone of voice, inflection, cadence, emphasis, pitch and even the comma (pause) all make a difference.

Both of those sentences can have the same meaning you described, or they can have the opposite meaning. They can also just be asking a question, or be judgmental and condescending.

You really need to hear it said in different ways, but I’ll make an attempt to describe it. I’ll do the second one first.

You don’t still believe that, do you?
You still don’t believe that, right?
When delivered in a flat voice with a pause, this is a verification and nothing else. The speaker thinks they know that the other person no longer believes it, but asks for verification, maybe just out of curiosity. There is no judgement, no surprise.

You don’t still BELIEVE that do you?
(slight raise in pitch on “do you”)
This is more judgemental. This almost has the feel that the person should never have believed it in the first place. It shows some surprise and judgment, like the person must be really dense to believe it all this time. It’s more of a statement than an actual question.

In the above three example, the first one takes on the meaning that the person no longer believes it. The second two examples have the opposite meaning, that the person does still believe it.

You STILL don’t believe that, do you?
This one also means the speaker thinks the other person no longer believes it, but is more judgemental. It leans toward a statement, instead of strictly a question.

You still don’t believe that?!!! (higher pitch with exclamation)
This is strong surprise, and may or may not be judgemental.

OK, so that’s pretty complicated to describe in text. This is the reason why people started using emotes online. It’s so easy to misunderstand the meaning online. It’s not only text, but you may not know the person well either. Those emotes got so over used for a while that people quit using them because it just wasn’t cool any more.

Thank you NN, I’ll make it more clear to you, But we have to go back to ‘Dynasty’ in the eighties.

The plot is as follows; the rich oil tycoon Blake Carrington and his second wife, Krystle, expect a child. However, Alexis, the estranged and ex-wife of Blake, does not have a very good relationship with the second Mrs. Carrington. Some day they meet and Krystle tells Alexis that she pregnant. Alexis is not all to happy about it, in fact, she is a sadistic bitch and jealous or worried that the children she had with Blake will never get their inheritance, in her eyes, what is rightfully theirs. Then, Krystle decides to go horseback riding, but at the same time Alexis is skeet shooting or clay pigeon shooting. Suddenly, she spots Krystle on her horse and shoots a bullet in the air. Krystle’s horse startles and drags her through a field; ‘an accident’. Result: Krystle has a miscarriage. Later on, Krystle finds out that Alexis was out shooting the day she had her accident.
She confronts Alexis a few times with the fact that she was responsible for the miscarriage, although Alexis denies that and says: Oh, my God, you don’t still believe that, do you? So, the first Mrs. Carrington knows very well what she’s done, however she gets away with one of her many dastardly deeds, even though the two women have a catfight over it.
I know what Alexis did was inexcusably cruel, yet it was a television series and I also know that Joan Collins (Alexis) went to see the producers after reading that script, saying: ‘I couldn’t possibly do this scene, even Alexis wouldn’t have such a twisted mind to do a thing like that.’ The producers response was: ‘You’re getting paid to do this, we will not have the script altered, just because emotional problems with it.’ 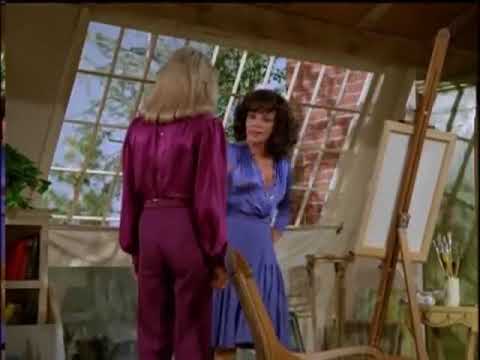 I believe that either of these questions could be replaced by a rather neutral question;
“Do you still believe that?”
Putting it in the structure that you have it in brings in all the judgemental possibilities that NN described.

The first of these says “I’m [pleasantly] surprised I scored so well.”
The second rearranges “still can’t believe” and changes the meaning to something like “I no longer have that belief.”
“I used to believe that Bernie Madoff was honest, but after his embezzlement trial, I can’t still believe that.”
“…I can no longer believe that” would probably be more natural.”

To me, the nuance appears as follows:

Yes, I thought so too. Thank you for your answer.

Thank you for your answer, Anglophile.