Why we still need to learn English

English as a Second Language What do you want to talk about?
technology, disruption
Torsten February 7, 2020, 11:04pm #1

As you can see from these statistics English is by far the most widely used language on the internet. More than 55% of all the content on the web is in English. Only 5% of all pages online are in German which is why the Germans are living in their own little analogue bubble still reminiscing an era when they hoped to dominate the world. That time is over and the sooner we come to grips with this reality the better. 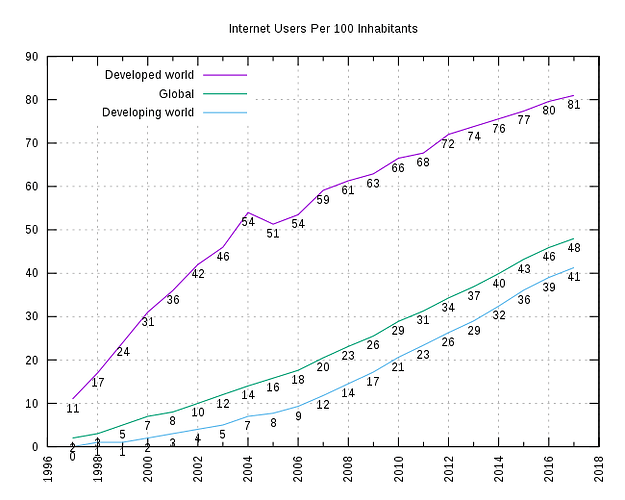 Global Internet usage is the number of people who use the Internet worldwide. In 2015, the International Telecommunication Union estimated about 3.2 billion people, or almost half of the world's population, would be online by the end of the year. Of them, about 2 billion would be from developing countries, including 89 million from least developed countries. The Web Index is a composite statistic designed and produced by the World Wide Web Foundation. It provides a multi-dimensional measure of ...

English is an essential language for a person, particularly a netizen who might like to be called a global citizen!