Where does the term "gummy bears" come from?

Hi, I’ve seen this phrase in the About section of the Google website:

Now, what is the difference between a box and a bin? I thought a bin is a container where you put trash or garbage? It turns out Google puts food and sweets in their bins ;-)? What about the term gummi bears? The word gummi is German and in English it means rubber or condom. Why is Google using a German word here? Is it because the Germans are the inventors of the gummi bear? Do Americans know about Haribo?
Thanks for shedding some light on this.
Nicole

“The gummi bear is a German creation. Hans Riegal, a candy maker from Bonn, Germany, invented the gummi bear in 1922. Initially, he called his invention the ‘dancing bear” and named the company that manufactured the bears “Haribo,” an acronym for Hans Riegal Bonn. The confection became popular by the end of its first year.

For many years, gummi bears were imported to America. American high school students were among the first Americans to know about the gummi bear. They learned about the candy through their German classes. In 1981, the Herman Goelitz Company (now Jelly Belly Candy Company) created the first American-made gummi bear. A year later, the Haribo Company brought their business to the U.S., and the candy was now easily accessible to Americans.

In 1985, Disney created a cartoon show, “The Adventures of the Gummi Bears,” based on the popular German confection. It was an adventure cartoon for children that lasted 65 episodes. The show followed a family of gummi bears on many wacky journeys.

Today, gummi bears and other gummi candies are great confections enjoyed year round."

And bins are large open boxlike containers from which small, unpackaged products are often sold.
.

Hello Mister Micawber, thank you for your quick reply. How do Americans pronounce the word gummi? And do they know what the word gummi means or do they use this word only in connection with bear when they are referring to the candy?

.
I don’t have the IPA available, but it is pronounced /'guh mi/. I don’t believe many English speakers are aware of the origin of the word; I certainly was not. To an English speaker it is just a variety (perhaps a brand name modelled after) the word gummy (as it is sometimes misspelled, which you will see if you will google ‘gummi bear’). To my mind, it just meant ‘like gum’, i.e. chewy or sticky. The word gummy is used in other contexts: see http://www.onelook.com/?w=gummy&ls=a.
.

Yes now that you have said it, the whole story makes sense again to me: after all there is this word chewing gum in English - so gummy or gummi might not be that German as it first looked to me.
At any rate I think this is a very elastic issue

Gummi is a reference or term in german for rubbery.

We started a Ukrainian-German art project where the children can use different materials to create messages in a similar way as seen in the attached photos. At some point one of the other teachers asked me what “gummy bears” means in English, and all of them were very surprised when I told them that it means “gummy bears”, and some of them didn’t even want to believe me 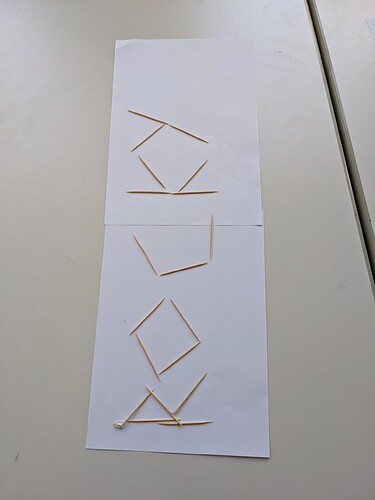 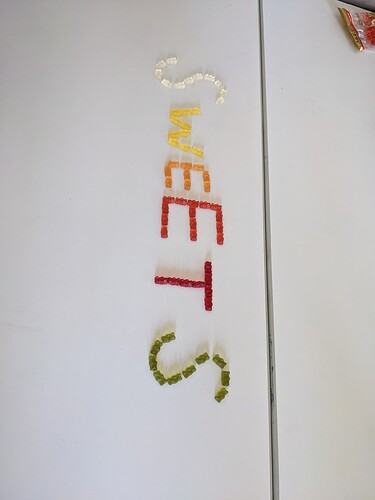 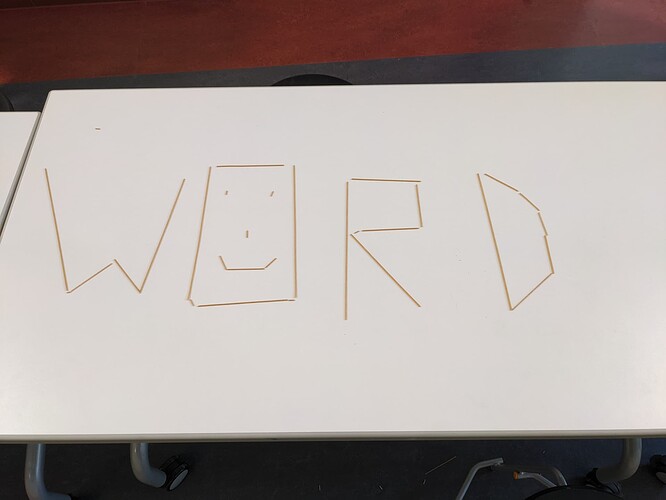 This is absolutely wonderful!