This is such a strong image. TThe events of 1989 in Tiananmen Square have definitively changed my idea of which system is good and which is bad. Since June 4, 1989, it was finally clear to me that communism had failed and had similar inhuman features as fascism. I will never forget the day when the Communist Party of China killed thousands of peaceful citizens because they had the courage to speak their minds. 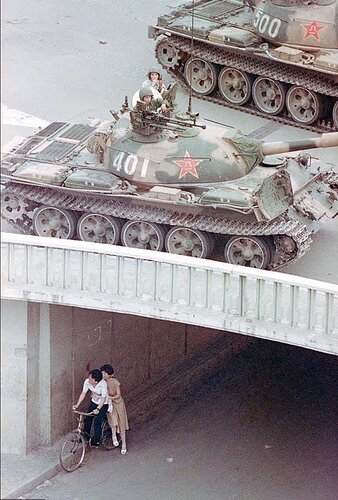