IELTS Essay about wealthy and poor states. Can you give me feedback and estimated Band Score according to current rating system please?

Should wealthy nations be required to share their wealth among poorer nations by providing such things as food and education? Or is it the responsibility of the governments of poorer nations to look after their citizens themselves?

In my opinion, powerful states should help other nations, which are poor, by providing food, education, medical items, drugs, etc. On the other hand, governments of the poor states have to look after their citizens as well.

First of all, there are numerous poor countries in the world, especially in Africa. Children, who live in these poor states, face to death because they are hungry. In addition, they can not go to school because of poverty. I think, powerful nations should have a mission in order to support poor nations. Wealthy states play a vital role for ending poverty, hungry, and ignorance. In other words, if we want to live in a better world, wealthy nations have to arrange campaigns for helping and public should promote them. For instance, the United States or another powerful country should arrange a campaign for providing food, education, and medical supplies. Doctors who are successful in their field, can be send to poor countries thanks to the campaigns. Also, the hospitals can be constructed in there. Furthermore, the big food companies can send food to poor places. Education is essential for undeveloped country as well. So, schools can be opened in there as well as teachers can teach the lessons to children. However, we can not expect to these good things are done by only wealthy states.

Regarding the poor states’ governments, they should not rely on the powerful states. They have to find a way in order to look after their citizens. Governments should do everything that is possible for their citizens’ welfare. Because the citizens desire living in good life standards. So, governments should take care of them best. Politicians should not let the poverty. They should take a responsibility. If they do their best about this topic, the world will be a better place.

In conclusion, when we come to wealthy nations, they should support poor states at the necessary field, while, governments of poor countries have to work for their citizens’ happiness.

Is there anyone who will give me feedback and estimated Band score?

I would say 5 out of 9. If you want to substantially increase your writing score you need to create a training plan that involves a lot of reading comprehension exercises as well as dictations, paraphrasing, rewording, etc. For starters you might want to read the following article and post a summary here. I will then give you more detailed feedback and guidance: 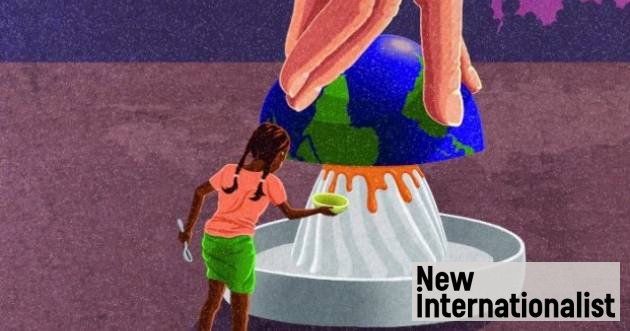 We can’t grow our way out of poverty

For more than half a century, economists and policymakers have focused fanatically on growth as the only feasible way to end global poverty and improve people’s lives. But in an era of planet-wide ecological breakdown, that comfortable conventional...

Thanks a lot your respond. I don’t know how can I start writing introduction about yes/no question. Can you show me?

You need to start writing sentences that are free of basic grammar mistakes. Here is what I mean.

Thanks a lot your respond. I don’t know how can I start writing introduction about yes/no question.

Thanks a lot for your response. I don’t know how I can start writing an introduction about yes/no questions.