How many parking spaces for e-scooters are there in your city?

Today I discovered a parking lot for scooters for the first time in Leipzig. How many of them are there in your city? 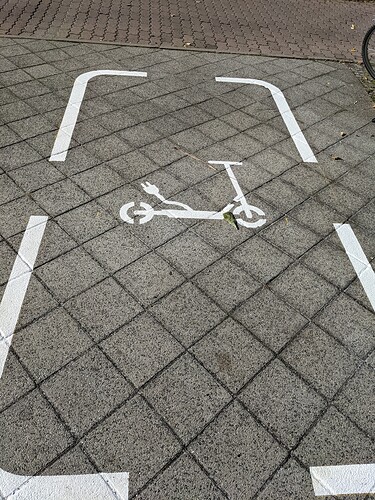 There are hundreds in my city, whether it is p-scooters or e-scooters. (As is known, in developing countries, two-wheelers are more common and affordable than four-wheelers)

I’m not aware of any, but I’m rarely in the kind of places that might have them. That’s something that is more likely to be in the denser parts of the city, which I rarely go to.

I do remember seeing places where you could rent something. I don’t remember if it was scooters or bicycles.

It took Leipzig years to finally make the decision to also allow the rental of e-scooters, and here are the two main competitors currently fighting for market share: Voit vs. Tier

I think Tier is the more dynamic and innovative company and has the better concept, which is rarely the case with a German startup. 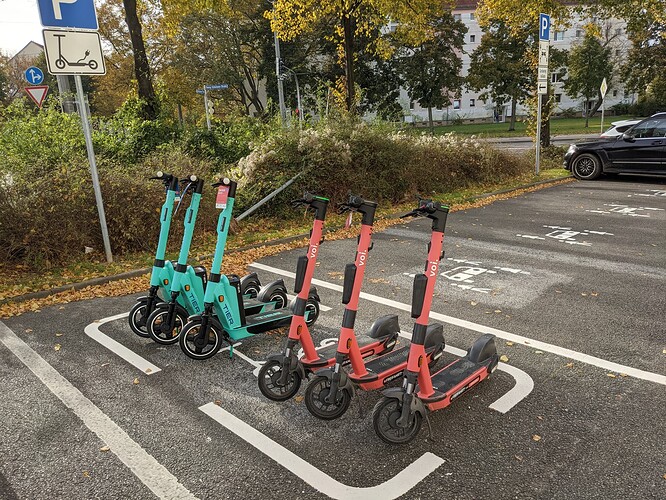 I just looked it up. Apparently my city has about 100-200 Spin Scooters that you can rent using an app. The sources on this are not clear or up to date.

Spin is also expanding to Germany, starting in Cologne.

I know a guy who has one. I’ll ask him about it the next time I see him (which might be a few months ).

Before you mentioned them, I hadn’t heard of Spin, which shows that this market is moving at an incredible speed. Now that Tier is offering its services in Leipzig, I think Nextbike, a Leipzig-based company that operates bike fleets in more than 12 countries, will have tough competition because the founder of Tier, who also happens to be German, just like Nextbike’s, is a generation younger and he is much more dynamic and aggressive than the Nextbike guys So it will be interesting to see who will win.

I watched some videos on e-scooters. Apparently there are a large number of companies jumping on the bandwagon. This means that market analysis show a very large and rapidly growing market. I would expect new entries into the market. I bet it won’t be long before we start seeing companies buying each other.

Some of the companies like Spin were in the bicycle business before getting into the scooter business. It’s a natural progression. There are a large number of bicycle companies around the world. It will be interesting to see how many enter the market.

Most of the videos I watched did not specifically mention the rental market. I’m also not sure about the business model for rentals. My guess is that at least some companies are providing the scooters to cities for free, with their sole income being from rentals. It’s likely that in other cases the cities are outright buying the scooters, and recovering costs from rentals. It’s also possible that some cities provide them for free.

I could see this being aligned with buses, with scooters at bus stops that could be used for shopping then returned to the same place, or used to get to another bus line and dropped off there.

The cheapest scooter I saw was about $500 USD. That one had a range and weight capacity to do some grocery shopping, but I could only carry less that a quarter of the groceries that I do now. I’m also curious how security works. Those could easily be a target for thieves while the rider is inside the store.

Another issue is weather. When I was an avid bicycle rider, I could only ride 7-9 months out of the year. It doesn’t have to be all that cold for the wind blowing in your face to get extremely cold.

This is big news in the European micromobility space: TIER has acquired Nextbike, creating the largest e-mobility provider serving more than 400 cities with over 250,000 vehicles. When TIER unveiled its services in Leipzig two weeks ago, I knew Nextbike was facing serious competition and that it wouldn’t take long for the market to consolidate. What’s interesting about this development is that two German companies currently dominate the field, leaving US giant Lime and Stockholm based Voi behind.

I have thought about buying one of these. I’ve been doing some more research. Apparently these scooters are developing a reputation of being very unsafe. Accidents are skyrocketing as their popularity increases.

A big issue is the small tire size. Even small bumps or stones can cause instability. Many of them have hard tires rather than pneumatic tires, which makes it even worse.

In the US, the laws vary widely from state to state, and city to city. In some states they are considered motor vehicles, and must follow the same laws as cars. In other states it’s almost the opposite. This can also determine whether they can be ridden on roads or sidewalks.

My neighbor’s brother-in-law has one. He says that even at ~20 km/hr it felt extremely unstable and unsafe. My neighbor has an ebike himself, which is the direction I’m leaning now. They are more expensive, but they seem to be considerably safer and more practical.