Coronavirus - what happens next?

Why do they use this name to describe this deadly virus? Back in the 70’s there was a popular fizzy drink called ‘Corona’ manufactured in Wales and sold in vast numbers throughout the United Kingdom. Living through the present time seems very like what was described In the novel by H G Wells - The War of the Worlds. In the story Martians land in a district of London and wreak havoc throughout the country but eventually die off as they cannot survive in the alien atmosphere. So, here’s hoping.

I hope for the best. You just have to panic less.

Hoping for the best is not enough in a situation like this.

I completely agree with you. Samclay I don’t panic, but the worldwide spread of the virus is nonetheless very scary.

As bad as the COVID-19 pandemic might be – every crisis also contains the potential for a lot of positive changes. I’m sure our world will be much better off once we have overcome this crisis.

Sir Richard Wharton: “In stage one, we say nothing is going to happen.”

Sir Humphrey Appleby: “Stage two, we say something may be about to happen, but we should do nothing about it.”

Sir Richard Wharton: “In stage three, we say that maybe we should do something about it, but there’s nothing we can do.”

Sir Humphrey Appleby: “Stage four, we say maybe there was something we could have done, but it’s too late now.”

I agree. Back in the eighties when HIV, causing AIDS, was discovered there was no cure for it and there still isn’t. However, nowadays there’s a lot of effective medication to inhibit the virus, so that we can now say: 'You don’t die of HIV/AIDS, we live with it.

A very famous and handsome actor who died of AIDS was Rock Hudson, shortly after his appearance in ’Dynasty’. 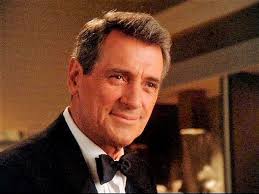 Hello there,
I think that, since you are German, it would be terribly interesting and useful if you’d share some information about the type of model your country is following dealing with the coronavirus problem. Apparently, it has accomplished extraordinary results compared to the rest of the world (so few dead people in relation to the sick ones)!

We could have prevented the virus from spreading so fast if we had acted much earlier and much faster. There were enough virologists and experts in crisis management who warned our government that this most likely will turn into a pandemic and that the single most factor in dealing with it was speed. The Chinese government acted much more swiftly and robustly than the German government which hasn’t even imposed a full lockdown of all public activity yet. Our health system and infrastructure were in dire shape before the virus broke out. Now it will soon reach its limits so I would not say that our government has been doing a good job in dealing with this crisis so far.

Very dishearthened by what I read! As ‘funny’ as it may seem I was hopeful for something we could utilize to improve things.

Still at the risk of sounding morbid the death rate in Germany is very low. That can’t be sheer luck. Something must be done right.

Then maybe the UK is applying the most efficient system of all and we should all follow its example.

That sort of comment doesn’t really help. I suggest you take a closer look at the current situation.

You are right!
I’ll make a correction.
Very sorry! It wasn’t really processed ….

I’m disgusted by the level of ignorance our government has been treating this crisis. You don’t need to be a genius to understand two very fundamental things here. Number one is exponential growth and number two is called leadership. All our government should have done in January was to lock down the entire country as much as possible. Instead, they were dragging their feet wasting precious time which will cause a lot of deaths. Any death is one too many because it could have been prevented.