Comparing English with other Languages?

Is it true that English has the most words of any language?

It seems quite probable that English has more words than most comparable world languages.

The reason for this is historical. English was originally a Germanic language, related to Dutch and German, and it shares much of its grammar and basic vocabulary with those languages. However, after the Norman Conquest in 1066 it was hugely influenced by Norman French, which became the language of the ruling class for a considerable period, and by Latin, which was the language of scholarship and of the Church. Very large numbers of French and Latin words entered the language. Consequently, English has a much larger vocabulary than either the Germanic languages or the members of the Romance language family to which French belongs.

English is also very ready to accommodate foreign words, and as it has become an international language, it has absorbed vocabulary from a large number of other sources. This does, of course, assume that you ignore ‘agglutinative’ languages such as Finnish, in which words can be stuck together in long strings of indefinite length, and which therefore have an almost infinite number of ‘words’.
Link

It would be interesting to know what language is richer in number of words than any other in the world.

Seems quite easy to inquire Google about it and to have an answer in 1 minute.

To give it a try, I did it for Romanian language first, of course, and I found different answers: the no. starts from 60000 words in the main Ro. Dictionary, DEX, (and I checked: in my DEX book there are 1200 pages x 50 words/page) , and goes up to 610.767 words in the Official Word List admitted by the Romanian Scrabble federation in 2011 (scrabrom.3x.ro/LOC.html).
Hmm - confusing enough …

I continued my research for English and I found a total of 1,025,109.8 words estimated to be on January 1, 2014, according to the Global Language Monitor (languagemonitor.com/category/no-of-words/)

I only wonder what that .8 means? Almost a word?

I found many sources of information until I decided to take these as the most trusty.

In fact, all the languages are dynamic, there are big differences between them and there’s no universal or fair enough criteria to apply, when counting the words for all languages and see which is on top.

Therefore, I concluded that it’s too complicated to go ahead for German, French, Spanish Russian, Chinese, Japanese, etc.

Obviously the Lingo spoken in England from roughly 500 to 1100 was English - It would kind of have to be even if it was a result of mainly German Rape & Pillage Tourism
So Old English was from a prehistoric Common German spoken in Scandinavia and northern Germany. But then again Britain is an Island Nation so obviously that would lend itself to liguistic change but grammar wise its almost like someone was saying hey lets start doing this like this.

Germans and French negate in retro saying “I know not” but although Brits used to also say I know not, they now say I don’t know. I think it seems simpler?
Also Twenty Two (22) instead of Two and Twenty also seems simpler and again Brits obviously used to say Two and Twenty but changed.

But French has so many changes and reductions letters missing etc and messed up stuff its hard to grasp? The French word for Today is a nightmare - It is actually lots of different words which have been reduced/altered you kind of wonder why some King or Someone at some stage didn’t just say look this is silly lets just called today this day? Instead of
Etymology[edit]
au +‎ jour +‎ de +‎ hui, literally “on the day of today”; since hui comes from Latin hodie, the phrase literally means “on the day of this day”. en.wiktionary.org/wiki/aujourd%27hui

It’s also very interesting what you found and I’m glad that I don’t have to say “I not know”, and “Two and Twenty”, because otherwise I would have loved the English less than I do now.

About the French “aujourd’hui”, I have never connected it to a nightmare because I didn’t think that it’s so complicated.

Do you know where “il y a” comes from? Does it have a story, or not?

Or maybe you know others, not less interesting, and you would like to share.
You made me curious.

Does it mean What’s this?

7 words in French against 3 words in English ?!

If I spelled correctly. If I remember well.

Think it literally means "what is it that this is (or similar) Mons. I think its maybe just easy to say “Kisska or Kesska say” guessing on purpose here.
I was in a very Posh restaurant earlier and I asked the waiter “Que’l est la speciality de la maison?” He replied “Copeaux et Poisson” I bet you are all very impressed

So here it is after all the stress. And I suppose to be honest there was a lot of stress getting one that worked.
So anyway now I’m going to take over the world now I have another back up computer a tablet and of course my S4 Phone is my connection. I suppose I will go from one extreme to the other. But I still can’t make a decent post? Even Alicja is making jokes about me :-{ without even the tiniest twinge of fear or anticipation. If I ever get some energy back she could be in big trouble.

What had tempted me to read the message?

To be true, I didn’t notice that you are the communicator. Honestly.

I was convinced that you were advertising yourself on the forum.

If I had known how the situation looks like, I would have retained more respect.

It is too late to regret.

What had happened, it happened.

Now I am trembling from fear, what can happen

when you get back of your energy .

Alicja my dear, something tells me that you will soon be a communicator!
I’m not sure, but If so, you will treat I.L. from equal to equal then!

… and you will be so high, that I will have to climb up on the neck of a giraffe to see you, and think twice before writing or saying something to you :))
Excuse me, I have to practice the respect:
Respectfully,
Monica

Regarding Lingo (general Language term) ICYDK (in case you didn’t know) I think the logs(comment section) You Tube is a good place for learning a target Language, as the context/meaning is normally clear and the messages short but good. When searching a Michel Thomas video I seen a few messages from French people whose basic message was that Michel Thomas spoke French with A Polish accent. Now obviously there’s nothing wrong with a Polish accent, but the advice seemed to be that his methodology was very good but to avoid his RP.(Received Pronunciation)

I can remember visiting Torsten in the mid nineties when he lived in Engelsdorf and he had Oxford English on his stereo in the background. This has obviously stood him in good stead as Torsten has largely avoided sounding like a foreigner which is what he wanted to avoid. On the other hand while Michel Thomas may be a great Language teacher it is quite obvious to me that he speaks English with a Polish accent and according to French Speakers on You Tube he speaks French with a Polish accent also.
Or to put it another way I think its important to remember that while he is an amazing teacher and does speak French & English fluently he doesn’t speak them natively. Just something worth bearing in mind thats all.

Skiing Off-piste?
I don’t even ski. You maybe

But I do like to take a break whenever.
It’s normal to speak a foreign language with the accents of our native language, don’t you think?
It happens to me too. Rarely, I must say:)
Really, I’m good in accents and I didn’t hear any other accent but French, in those French lecons of Michel Thomas.
I don’t care very much, anyway.
Sometimes I read the logs but it’s not one of my habits, because I don’t know which of them are trusty, so I feel it’s waste of time.
However, if many people have the same opinion, there must be some truth somewhere.

ICYDK, I’m happy that you solved your problem eventually!

What you say my dear Moni?

If I wanted to reach this noble title I would have

got it long time ago, by sending messages
divided

into pieces. I suppose that wearing the title

You know well that I never was pleased from

my English. And I

can’t imagine to "help " the other

correspondents, without their clear and direct

We have here our native moderators and other

masters of English, who ( I hope) are taking

into consideration our texts.

Moreover instead of improving my English I

hardly can keep my previous level.

If it was completely fair, it should be me who

is climbing up the giraffe neck, to be able to

see you. Thinking about respect -yes, even

children should be treated with respect, not to

say about the elders:)

That last post was just to Put M Thomas into some context and how Listening is hugely important no matter how good his teaching methods may be. At the end of the day we can only mimic what we hear.

A few times I have met people in person after exchanging complicated online discussions through Business (Not Russian Brides :-)) and have then been literally astonished at how they “spoke”

One things for sure:

“M Thomas would be an excellent teacher to learn Polish of.”

So when do we get some comparison of Polish and Romanian viewed in an English context.

“Merci beaucoup” en prévision
“Vielen Dank, in der Erwartung”
“Many thanks in anticipation”

I was only joking.

I thought that you were joking too, in your message to I.L.

I followed the impulse to join the game and I didn’t have any bad intention.

I went too far and I’m sorry to have offended you.

Can you forgive a stupid friend, dear Alice?

How could you think that I was joking!

I never, never…,oh! I am always so serious.

Have I ever joked with you???

I was sure that you are going to climb up the giraffe neck.
And I tried take you away from this crazy idea.

I was afraid that you can fall and broke something.

You should know that my only wish it was to get this very title.

I could never think about something else.

Oh Monika, you should know me better…:((

Oh, what a relief!

You scared me, girl!

Of course I know you, but I really thought I had gone too far.

I looked for a smily face in your message, but I didn’t find any!

Thanks for saving me, I couldn’t think of anything else.

Right break it up you two…

Hey Alice! Can I call you Alice too??

And Is it Mons & Alice or Vice Versa?

Hmm? I wonder what sounds better??

The problem is in time.

The time of sending the message was:00.36

It means that I wrote after midnight.

This time of the night, doesn’t predispose a man

I remember that I was nervous about

something what I read.

And my face probably wasn’t joyful.

I wanted to go to bed, and have written

something quickly, to have my mind ready for

I wrote it to you, but simultaneously I wanted to

convey something to I.L.

I suppose the deduction of Sherlock Holmes

That is all my dear Watson…

We lost the internet connection between us tonight, but we still have the real connection, the one which always brings two people together if they are good friends.
Alicja&Monica.
Or Alice&Mons.
Right? 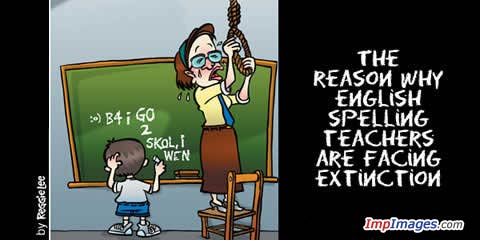